ArmsUp Motorsports was established in 1995 by twenty year lead instructor for Skip Barber Racing School, Gregg Borland. It has since then grown to be a leading team in the world of motorsports. ArmsUp Motorsports is a full service prep facility with a team of highly experienced mechanics, driving coaches, and engineers readily available to assist in the success of each driver. The team specializes in Pro F2000, Formula Continental, Formula Atlantic, and Vintage Car racing. 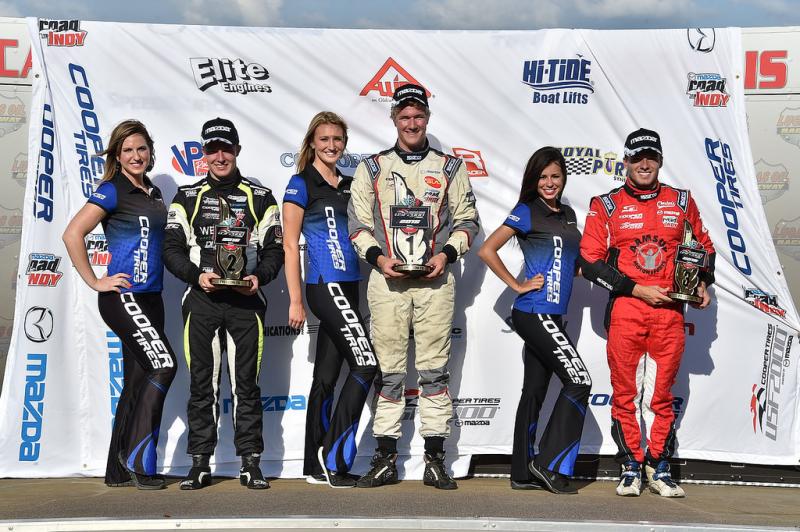 ArmsUp Motorsports secured another podium at the Carb Night Classic Freedom 75, round 7 of the Cooper Tires USF2000 Championship Powered by Mazda. The 75-lap race took place in Brownsburg, Indiana on the .686-mile, semi-banked pavement oval at Lucas Oil Raceway Park just 6 miles west of the Indianapolis Motor Speedway where the 100th Running of the Indianapolis 500 will take place on Sunday. Read More 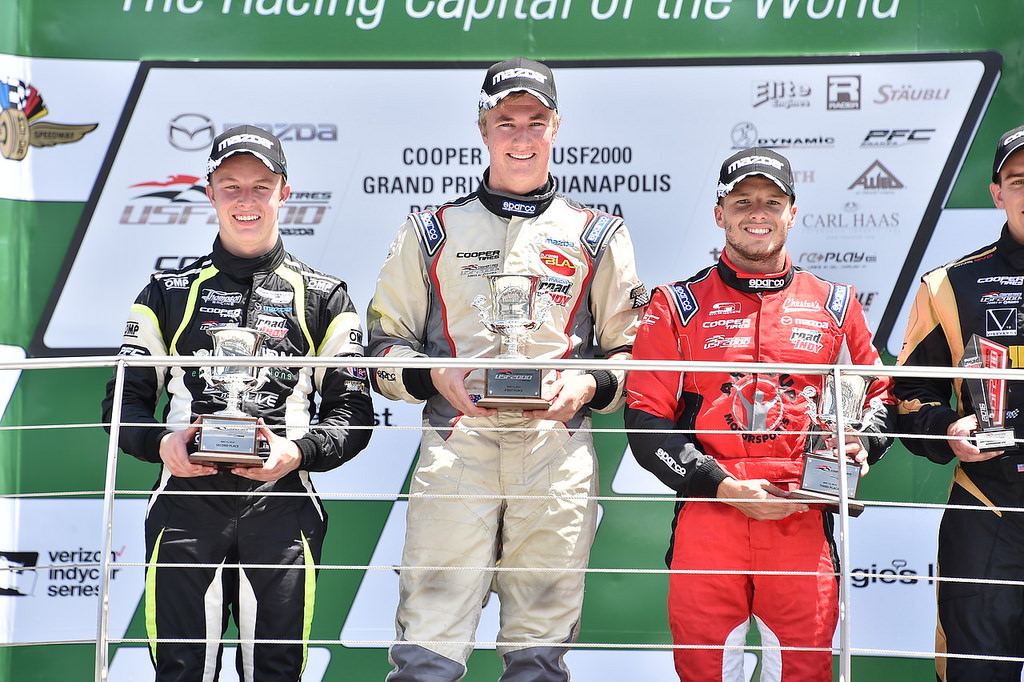 This weekend at the legendary Indianapolis Motor Speedway, ArmsUp Motorsports earned three podium finishes in Rounds 5 and 6 of the Cooper Tires USF2000 Championship Powered by Mazda. Brazilian driver Victor Franzoni earned a third place finish in Race One, and bettered his run one position the following day in Race Two. Dale VandenBush proved to be a strong contender in the National class in practice and qualifying, and went on to earn a win in Race 2. Teammate Max Hanratty showed one of the more impressive runs of his career, running lap times competitive to the rest of the field in practice and qualifying, then gained 13 positions in the opening race. Read More